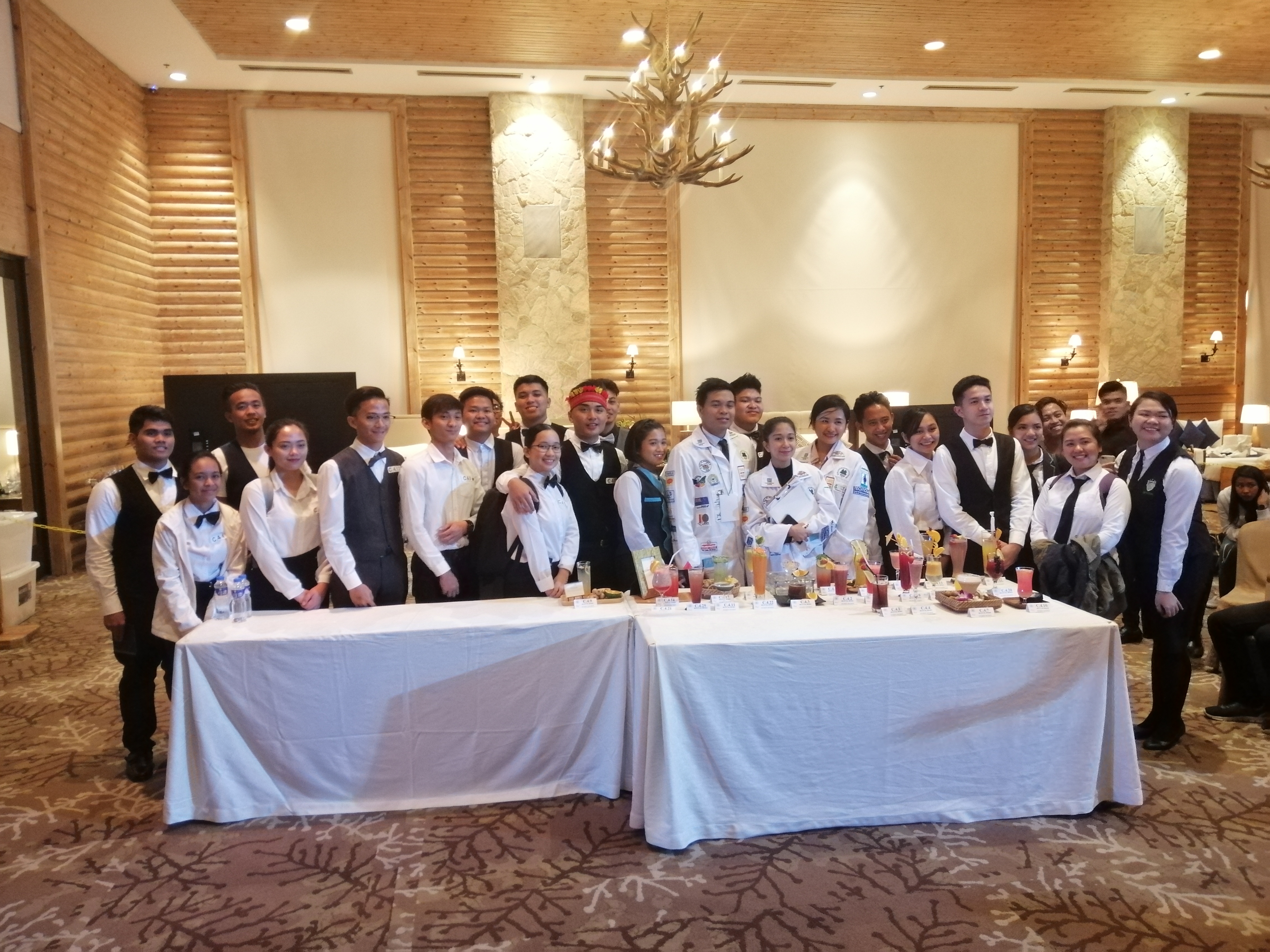 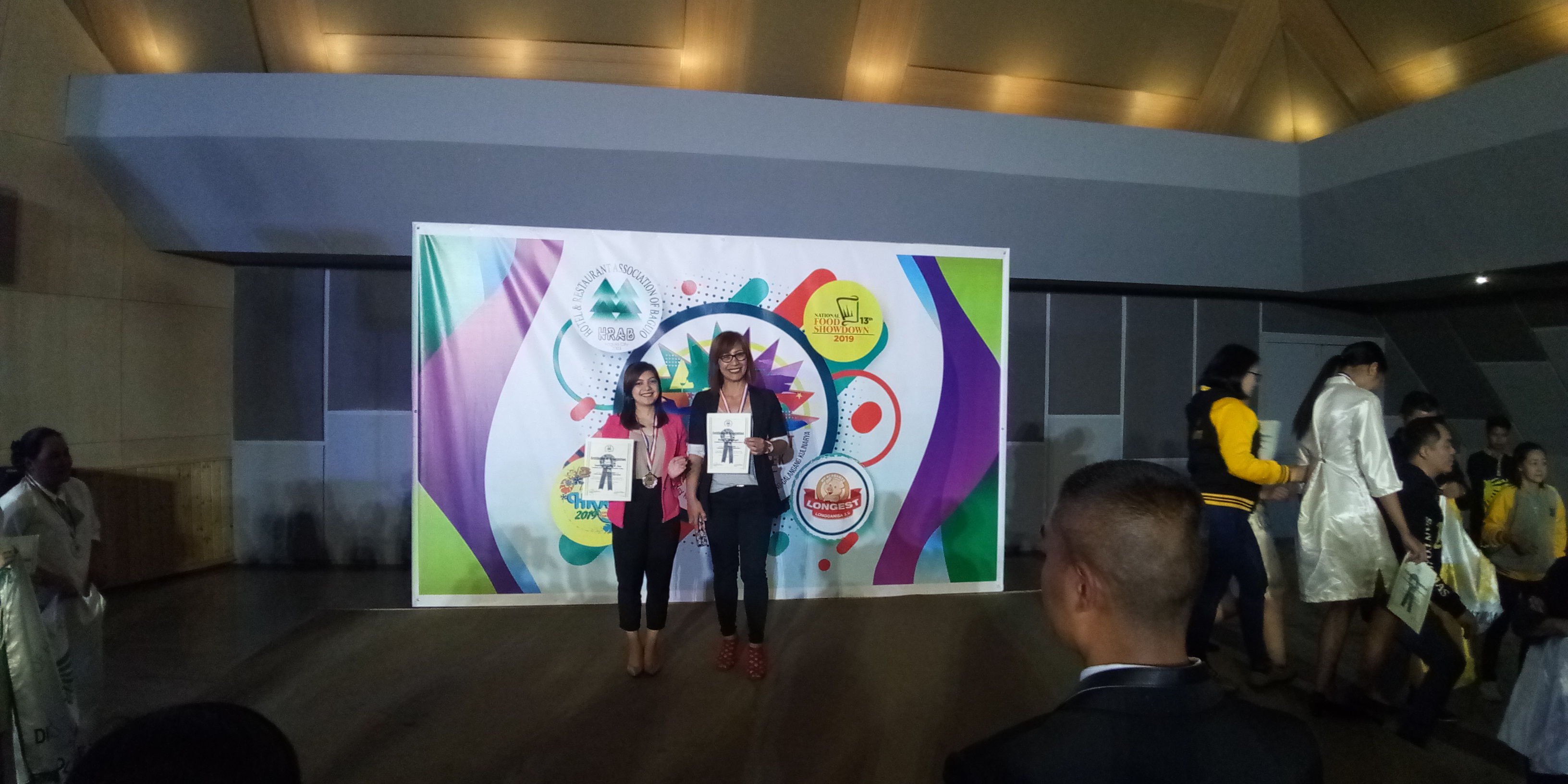 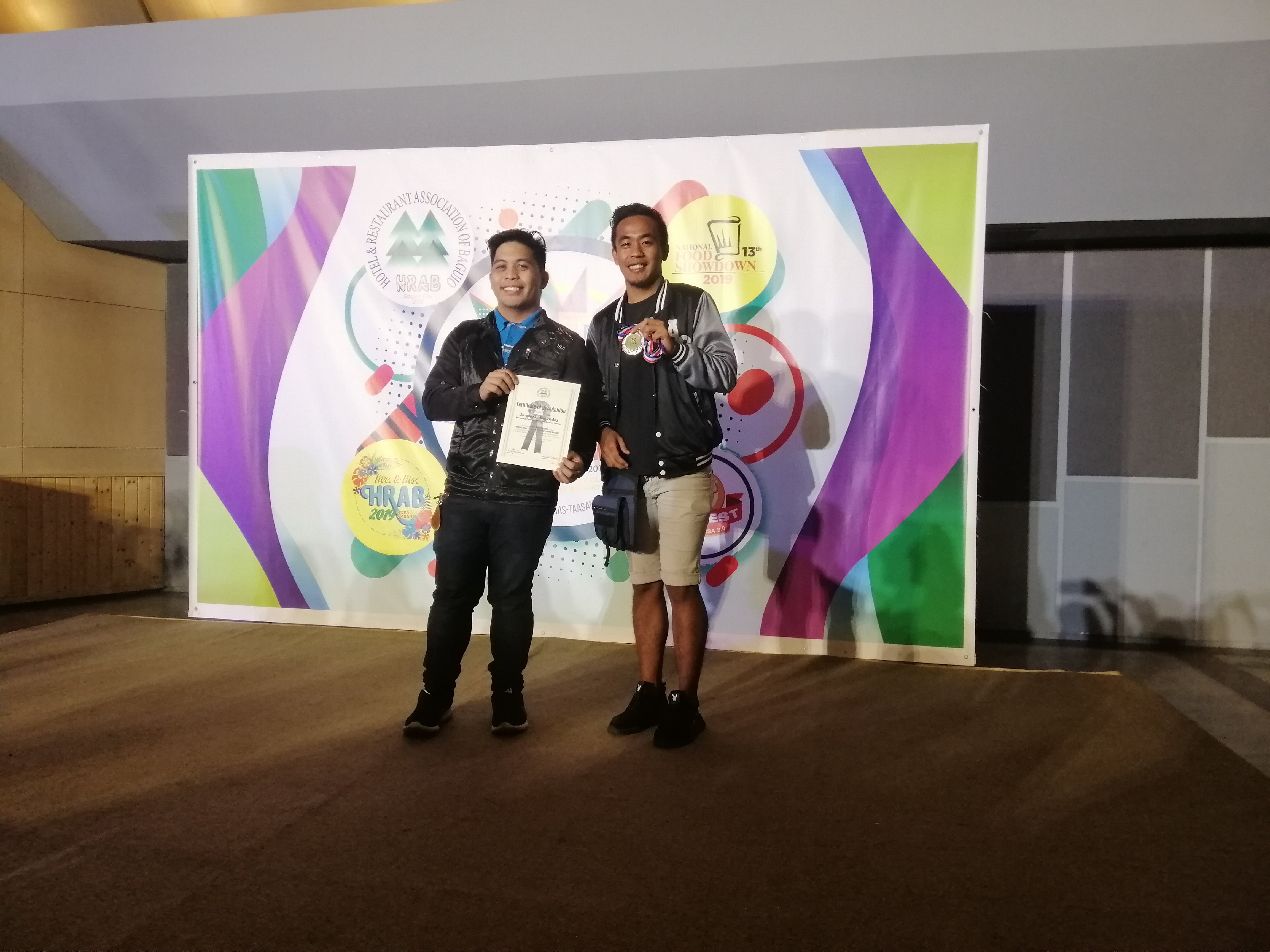 Students of the Hospitality Management and Tourism Management Department (HM/TM) of the Mountain Province State Polytechnic College who joined the Hotel, Restaurant and Tourism (HRT) Week held at the Baguio Country Club in October 2019 reaped awards in five out of the 28 events.

Mr. Jobert Angelo Sagandoy bagged a silver medal in Mocktail mixing. He was coached by Ms. Jeanlee Villaruz. Ms. Julie Ann Sawi competed in the coffee concoction category and brought home a bronze medal. She was coached by Mr. Grey Enoch Butz. Two teams of Tourism students participated in the travel and tours category. The first team was comprised of Ms. Nory Basingil and Ms. Lara Angelie Ico and they won a silver medal, while the second team which was comprised of Ms. Jezzame Amfosak and Mr. Chrismar Sawad, won a bronze medal. Both teams were coached by Mr. Mike Allidem and Ms. Nina Althea Pachao. Mr. Juan Jace Cruz bagged bronze medal in Napkin Folding coached by Mr. Flemington Comicho. Meanwhile, Ms. Elizabeth Antero, Ms. Khaziya Sanggawa and Ms. Jomily Simongo competed as a team for the creative cake decoration with their coach Ms. Shane Laurel and they got a diploma.

The HRT Week was conducted with the theme “KKK/ Kataas-taasang, Kagalang-galangang Kulinarya” and it is annually celebrated to uphold the Cordillera region and feature the place as a food and travel destination through the events that are organized by the Hotel and Restaurant Association of Baguio (HRAB). The various events were participated by higher educational institutions in the student category and commercial establishments for the professional category. Among the participating universities were University of Baguio, Benguet State University, Saint Louis University, University of the Cordilleras, Lorma Colleges, Palawan State University and Saint Mary’s University.

Undeniably, it was a great achievement that students of the HM/TM department joined and competed against students from other universities outside Mountain Province. It was an even greater achievement that students garnered awards and were at par with other universities in Luzon. But more than winning, the students learned lessons outside the classroom, enhanced their skills and gained essential experiences that mold them holistically while they raised the banner of MPSPC’s HM/TM department.