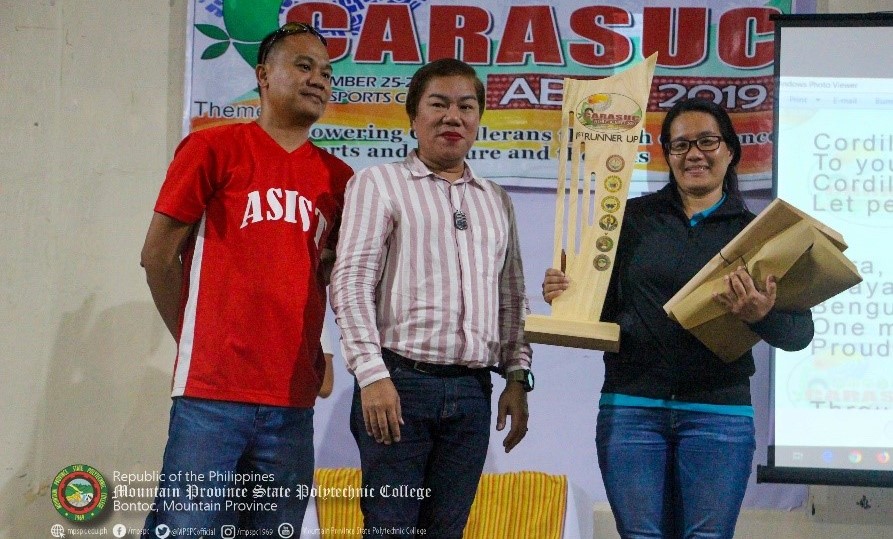 Dispatching a 305 strong delegation, the Mountain Province State Polytechnic College salvaged a first-runner up finish from its closest rival and perennial champion, the Benguet State University during the recently concluded CARASUC Athletic Meet hosted by the Abra State institute of Sciences and Technology (ASIST) on November 25-29.

The Warriors accumulated a total of 46 golds, 81 silvers, and 50 bronzes from the various competed individual and group events. What was more exciting during the last few days was MPSPC’s baseball team’s historic 14-0 victory against BSU that broke the latter’s long-time record-holding title and ended the former’s long drought for gold in baseball. MPSPC smashed BSU during the placement game that placed the latter in a 2nd runner-up slot and earned them the chance to face Ifugao State University for the championship match. The baseball team emerged victorious after a 4-inning final match and a 7-1 victory that secured 9 golds for MPSPC.

While the College had no entry in basketball men and women, sepak takraw, dance sport, and lawn tennis because the College either did not fare well in these events in previous years or did not have any qualified athletes, the student-athletes in other events demonstrated strength and power fueled by their strong determination to proudly represent MPSPC.